A Tale With Many Tails

There have been many times in my life where I have both misspoken and been misunderstood.  In fact, it’s safe to say that far too often I forgot to follow the simple advice of Arizona State football coach Herm Edwards, “Don’t press send!”  Communication can be a difficult road to navigate.  Whether you see it as a one-way lane or a motorway filled with two-way traffic, there are certainly times when the message can easily get lost in translation.  Rather it’s word choice, delivery of the message, tone, emphasis on the wrong word, or just plain misguided intent, it’s quite easy to misspeak or be misunderstood.

I recently read that Papua New Guinea won the 2018 language Olympics.  The small country of 8 million people hosts 841 living tongues and was declared the undisputed world champion of linguistic diversity.  Could you imagine trying to communicate in an environment like that with all that potential of a message being lost in translation?  One of my favorite podcasts is with Lera Boroditsky, “How Language Shapes the Way We Think”.  Lera declares that there are over 7,000 languages spoken around the world – amazing!  We are surrounded by diversity!  Once during a trip to provide training in Johannesburg, RSA (or Jo-burg as the locals say) my point-of-contact picked me up at my hotel.  He had a very long name with way too many letters for my preference and I asked him to say his name for me.  After repeating it back to him, he immediately smiled and said, “Very good Mr. Chris, you must speak Swahili!”  I quickly learned that he “only spoke 11 languages.”  Pretty impressive, but only 11 to him.

Teaching the WZ Method of Non-Confrontational Interviewing around the world and managing the International training division for WZ, there are several lost in translation examples and learning opportunities to help mitigate any confusion during communication.  Sometimes modifying the process is necessary, other times just changing a few words can help deliver the message with greater precision.

We Speak the Same Language

One of the many lessons I learned while living in the UK and promoting WZ throughout Europe was, ‘while we speak the same language, we don’t speak the same language.’  In fact, I should have started the previous sentence with, “…lessons learnt whilst” to address my British friends properly.  There were simple things that I had to navigate, like the conversations about football and football.  It wasn’t long before I was correcting myself to discuss football (American football) and ‘proper football’ (soccer). 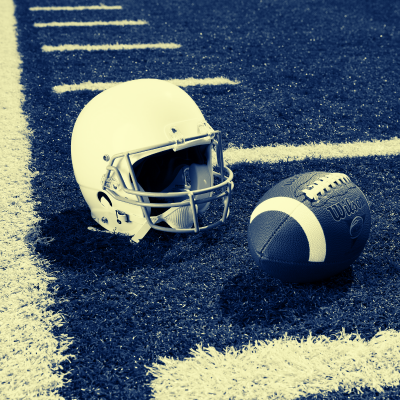 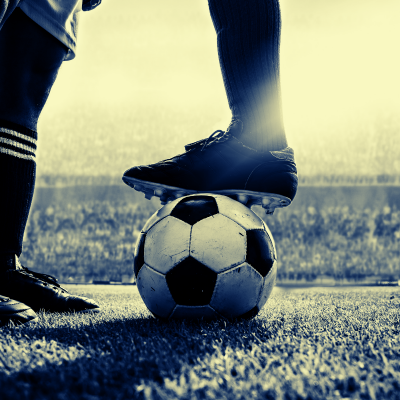 When it came to teaching the WZ Method, I found there was a need for some simple changes to the process as well.  Linguistically it wouldn’t be proper to say, “Sometimes people steal money from the register” in the UK.  An adjustment to, “at times people might nick cash from the till” was more appropriate and more easily understood by the subject.  I even had some pushback to executing step two of the WZ Method, Developing Rapport.

While discussing the benefits of rapport building with your subject in the UK, it was common to hear the sentiment, “Chris we Brits aren’t like you Yanks.  We don’t like talking about ourselves like you blokes do”.  Culturally, the concept of asking someone, “Tell me about yourself” was quickly lost in translation and perhaps different methods of rapport building might be necessary in that environment or with that subject.

Earlier this year Juan Valverde, CFI, Director of WZ Latin America, delivered the first Spanish speaking course in Spain – previously they were always conducted in English.  We found the need to translate material from South American (or Mexican) Spanish to Spain Spanish as sentence structure and word choices were different between the two Spanish speaking countries and regions.  I was teaching a class using a Mandarin translated workbook and was later told, “One could follow along with the workbook, but it’s a very simple version of Mandarin, not the type an educated person would use.”  Thanks for the feedback, we’ll fix that for sure.  Hell, I had a class I was teaching with workbooks translated to Arabic, and while the books looked great and the translation was spot on, the books weren’t printed properly.  The print had the readers going from cover to cover like we would in English turning our pages from right to left instead of cover to cover turning left to right.  Another lesson learnt.

Even our Senior Manager of WZ EMEA, Sjef Jongbloed, who speaks six languages and has lived in the Emirates, Egypt and Europe has gotten lost in translation over language.  Sjef shares a great story about conducting an interview in French-speaking Belgium.  When asking his subject how he was able to keep the door closed while manipulating company funds, his subject indicated he had his “sergeant” with him and counted on it.  Not realizing there was perhaps a second suspect in the investigation Sjef began to explore more about the sergeant.  As questioning focused on who the ‘sergeant’ is, Sjef’s subject stood, walked to the cupboard, took something out, and turned to say, “This is my sergeant.”  It turned out to be a glue clamp; in French a ‘serre-joint’.  We speak the same language, but . . .

Beyond the simple scope of language differences, at times you might even face some cultural differences that create a gap in communication.  It would be important for you to understand some nuances to non-verbal communication culturally.  Understanding characteristics like spatial proxemics, the amount of appropriate eye contact, posturing and even the difference in potential fears and motives to the incidents you are interviewing about could determine the level of impact and connection you have with your subject.

Keep that in mind and remember in some cultures people want to be greeted with a kiss on the cheek (or both, I have a hard time remembering) rather than a handshake.  To help achieve cultural competence, you should follow three simple steps: be aware of your own assumptions (attitude and belief component), possess a worldview of the subject (knowledge component) and develop sensitive strategies (skill component).

The WZ Method is a non-confrontational way to interview a suspect involved in some wrongdoing or integrity issue and is quite successful in encouraging honesty from your subject.  But there are a few things you might want to know about your suspect that might influence the delivery of the WZ Method.  In particular, your awareness of your subject being influenced through a shame or guilt culture might impact how you encourage cooperation.  In shame cultures, what matters is what other people think of you; the embarrassment, the ignominy, the loss of face.  In guilt cultures, what matters is your inner voice and what your conscience tells you.  Knowledge of this would modify how you might rationalize and reason with your subject to be honest.  My inner voice drives me and I would be best influenced by appealing to my conscience, not what others might think of me.

I faced a cultural difference while teaching a course on non-confrontational interviewing in Egypt.  I had a question come from one of the officers and it was translated to me like this.  “If I know the person I’m interviewing is a craftsman and needs his hands to support his family, can I threaten to shoot his hands if he lies to me?”  While I carefully crafted a response that reflects that’s not a tactic we promote, I was cut off and he said, “I’m not saying I will shoot him.  I want to know, can I threaten to shoot his hands?”  To him, reverting to only a threat was non-confrontational.

Sjef was interviewing a manager at a facility of Antwerp, Belgium.  During the interview, the manager said, “excuse me” while slightly coughing.  Sjef quickly replied, “no problem sir” and the manager walked out of the office and never returned.  Sjef didn’t understand what happened and it turned out, “excuse me” in Antwerp means, “I am going…”  Yet another lesson learned.

There are many examples and reasons why your message might get lost in translation.  Hopefully, our lessons learned, or learnt, might help you avoid the same pitfalls we’ve encountered during our careers and travels.